Synchronisation in a virtual quartet

The Linear Phase Correction Model of musical ensemble (LPC) (Wing et al., 2014) suggests each player in a string quartet corrects the timing of the next note as a proportion of the asynchronies with the other three players on the previous note. In the present study, we used a quartet simulation which implemented the LPC model, to examine synchronisation of a participant performing as violin 1 with three virtual players playing violin 2, viola and cello. We were interested to determine whether the participant’s timing would be affected by the timing variability and correction gain of the three virtual players. The simulation involved a performance of an excerpt from Haydn Opus 74 No 1(4). Participants tapped on a midi-interfaced drum pad to produce a succession of automatically sequenced notes comprising the (violin 1) melody with the accompaniment notes produced by the virtual players on violin 2, viola and cello. The virtual player note onsets were timed according to the LPC model with pre-specified correction gains and timing variability. We used a two-by-two design, comparing the effects of setting violin 2 variability lower or higher than viola and cello crossed with correction gain set lower or higher than viola and cello. Analysis of the note onset times according to the bGLS method (Jacoby et al 2016) revealed that participants reduced their correction gain with respect to violin 2 when violin 2 variability was higher or correction gain was higher. We suggest these changes reflect sensitivity and adaptivity of participants performing as violin 1 to the timing characteristics of the other three players in the virtual ensemble. Further research is needed to determine whether similar effects would be observed if the participant were playing a real instrument with the virtual ensemble. 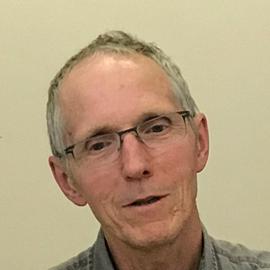 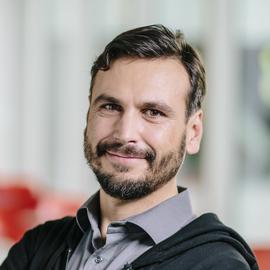